Recently, the ambitious corporate climber, Tamohara dasa/GBC Chairman, posted on ISKCON cheerleading­­­ website a deceptive letter addressing the devotees and the temples, where they should purchase their books. He is attempting to self-righteously clamp down on distribution of the ORIGINAL Srila Prabhupada’s Bhagavad-gita on the pretext that it is not authorized by Srila Prabhuapada’s created BBT. 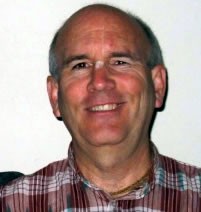 The purpose of ‘his’ letter is based on their (GBC) need for continuation of intentional ‘dumbing down’ of naïve devotees that is unfortunately based on complete lie and deception that most of rank and file devotees are not aware of. GBC/BBTI wants to completely control and systematically undermine Srila Prabhupada created ISKCON, BBT and his real teachings which are based on pure devoti­­­­­onal principles.

Their lie and deception is twofold;

1) Firstly, after Srila Prabhupada’s departure they fraudulently and secretly incorporated their own private BBT called BBT INTERNATIONAL, that illegally replaced Srila Prabhupada’s BBT in their attempt to usurp total control and to put a stop to distribution of original Srila Prabhupada’s books. Replacing them with their own revised editions that was mentally contrived by Jayadvaita swami.

Within this fraudulent BBT INTERNATIONAL (as per FORM TX – For a Literary Work – United States Copyright Office Registration form) Srila Prabhupada is not even mentioned. In point 2 of the form the ‘NAME OF THE AUTHOR is given as – The Bhaktivedanta Book Trust. There is no mention of Śrīla Prabhupāda as the author of the Bhagavad Gītā As It Is. Why? “

This opens up a Pandora’s Box of questions…

Is there any authorization from Srila Prabhupada stipulating that his books should be edited after his entrance into Samādhi?

And if there is no authorization for editing or printing Śrīla Prabhupāda’s books, why are they doing it, especially after it is creating so much controversy amongst Śrīla Prabhupāda direct disciples?

Following is what the BBT International say is the relationship between the BBT and BBTi.

The Bhaktivedanta Book Trust (BBT) is a California religious trust that owns the copyrights to the works published by His Divine Grace A.C. Bhaktivedanta Swami Prabhupada during his lifetime.

The BBT and BBTI work together to protect Srila Prabhupada’s rights and serve his will.

I would not be surprised if in the future they openly say that these are not Śrīla Prabhupāda’s books at all, bearing in mind they ‘legally’ state that these books are ‘authored’ by the Bhaktivedanta Book Trust.

The general devotees are so dumbed down to accept anything that the BBTi does or say as gospel truth or should we say ‘emet’ truth.

Consequently, once Śrīla Prabhupāda’s ‘as it is’ stance based on the ‘absolute truth” is undermined by the subjective truths of individuals such as Jaya Advaita Swami, then his books become ‘open game’ for any future BBT corporation/board and corporate members to edit according to their own interpretations of the truth that are fashionable at the particular time, place and circumstances.

Due to this ‘interpretive methodology’ of ‘these rascal editors’ which is based on so called academically contrived secular critical analytical study of texts, they can effortlessly indoctrinate devotees into the acceptance of hermeneutic (interpreting) views, that majority of ISKCON leaders are already habituated with, and are already steering our once glorious institution into the realm of mundane religion (cheating religion) a.i. Mayavadism, Sahajiyism, Hinduism, PC-ism, Corporatism, sentimental Veganism etc…

Devotees such as Ravindra Swarup, Tamala Kṛṣṇa Goswami, Kṛishna Kestra and Hridayananda etc, being heavily influenced and attached to secular academics have basically turned Śrīla Prabhupāda’s ‘as it is’ principles which are based on the understanding that truth is ‘absolute’, into truth being more in the realm of relativistic truth or truth that is malleable according to one’s personal cultural/psycho-physical background/realization/desire/preference.

Here is one but small example of such theorizing;

“The hermeneutical circle or interpretative horizon of scripture for modern readers has exploded out into the entire range of presently available texts drawn from an ever-increasing spectrum of religious and secular traditions. Canonical works no longer enjoy the seeming autonomy they once had, nor are they impervious to scrutiny from outside readers. The top-down, “vertical” process of receiving spiritual truth from infallible scripture is now, more than ever before, faced with the pervasive presence of a multiplicity of voices that challenge the privileged position of any one of them (Taken from – Constructive Theologizing for Reform and Renewal Thomas Herzig (Tamal Krishna Goswami) and Kenneth Valpey (Krishna Kshetra Das)”

2) Secondly, over the years they conjured a plethora of false rhetoric’s to justify and rationalize their big deceptive lie. However any individual, who takes the time to study the issue, will soon recognize that all their feeble excuses are based on bluffing and cheating and nothing else.

a) We are re-writing Srila Prabhupada’s books to appease Academia so we will be recipients of approval by them with a pat on the back whilst telling us “good ‘little’ boys”.

b) We are re-writing the books to make it “closer” to Srila Prabhupada`s drafted version.

Unfortunately, everything that they rationalized and justified up till now is one BIG FAT, and SMELLY LIE. I urge the readers, who are not sufficiently educated with this important matter to visit the https://arsaprayoga.wordpress.com/ to see and analyze the comprehensive evidence that completely exposes them and indentifies them for what they really are.

Since the latest groundswell of the devotees questioning and clearly exposing this BIG fraud, Jayadvaita swami is out of fear resorting to a wicked non-vaisnava behavior in order to bamboozle the naïve devotees and perhaps himself, into believing his deception.

Some time back he wrote an article “Book Changes: History Backs the BBT” lying thru his teeth in the attempt to bamboozle devotees that Hayagriva prabhu never worked together with Srila Prabhupada on Bhagavat-gita. Sadly, for him it back fired on Jayadvaita Swami, when his article was completely and chronologically refuted by Madhudvisa prabhu in article titled Jayadvaita’s Smoke and Mirrors which was a response to what appears to be a planned, conscious and intentional lie on the side of Jayadvaita swami in hope to completely erase Hayagriva pr, from the pages of ISKCON ‘real’ history, and replacing it with his own deconstructed history.

Due to the BBT’s standing on perpetual editing of Śrīla Prabhupāda’s books it has forced devotees who want to see Śrīla Prabhupāda’s original books to be printed and distributed (which is after all the stated purpose of Śrīla Prabhupāda’s BBT) they have resorted to printing his books themselves – for example KBI and in particular Jitarati Prabhu’s printing of the ‘Pocket sized Bhagavad Gītā ’ which by the way was a huge success selling out nearly all 100,000 books that they printed!

You have to pause and think about this for one moment… One Hundred Thousand (100,000) of Śrīla Prabhupāda’s original unedited books! Now this only goes to show that people want his unedited books!

Their success has so infuriated Jayadvaita swami that in his rage he began calling these books ‘rittvik’ books! Not only did he label them rittvik books he also began actively preaching to devotees not to purchase read or distribute these ‘rittvik’ books!

How pathetic is that? He is trying to say that Srila Prabhupada did not write the original books, but the evil RITTVIK`s DID IT!!!!!! ….HELP HELP HELP…save us from rittviks…and their evil “Original Srila Prabhupada” books. Come on Jayadyaita swami, how low can you go?

Naturally, when Jayadvaita swami was asked did Srila Prabhupada give him or anyone for that matter any instruction/consent to re-write his book “ad infinitum” after his departure, his answer is NO. Yet he disobediently continues with his offence to our glorious spiritual master.

WHICH MAKES ME WONDER WHO IS HE WORKING FOR, SINCE HIS ACTIONS CLEARLY AFFIRM THAT SRILA PRABHUPADA IS NOT HIS AUTHORITY AT ALL?

This is a very important point to consider especially when he would be loved rather than hated by many of his godbrothers if he spent his time and efforts to publish Śrīla Prabhupāda’s original books instead of putting our whole Vaiṣṇava society in such a hurtful and disheartening dilemma by spending not only countless hours scouring Śrīla Prabhupāda’s works to find what he perceives as an error or fault in the works of the uttama adhikāra devotee of Lord, editing those works and then publishing what he believes is the more superior/authoritive work.

While we are at it and going on the principle of establishing ‘shadow’ bodies to supersede the bodies that Śrīla Prabhupāda established, I would like to ask the GBC mouthpiece Tamohara dasa, why did they secretly and systematically privatize Srila Prabhupada’s created ISKCON, transferring the control into illegally created ‘shadow’, such as GBC of West Bengal, BBT International corporation etc, that have they own laws and by-laws and are diametrically opposed to the ones created by Srila Prabhupada. Huh, mister mouthpiece, please tell us???

However, I know that we will not hear from Tamohara nor any other GBC and BBTI corporate members (cronies), about this secret hijacking of Srila Prabhupada`s ISKCON, and its replacement with this Fraudulent ISKCON. CALLED FISKCON. We know that you want to keep this secret, because you know if the rank and file devotees wake up to how devious your agenda really is, they will have a revolution and unceremoniously kick you all out onto the curb.

Nevertheless, with time the devotees are waking up, just like is with the case of devious book changes of yours and are becoming more and more educated and enlightened with your secret plans, hence the time will come for you where you will not be able to bamboozle innocent no more and your ivory towers will come crumbling down like a deck of cards, with you in it.

The main question devotees must be asking is – why are the BBT trustees relentlessly and ruthlessly pursuing this course of action? If all their efforts were placed on the printing of Śrīla Prabhupāda’s original books and making sure the Temples were distributing his books we would not be involved in such terrible controversies for all these years, wasting so much time resources and money that the BBT could use to print more books.