Prabhupada became extremely concerned when he was informed that his own BBT had changed his Sri Isopanisad and he wanted it published again “the original way”. However, this instruction was never followed.

But here is the original version in audio and as ebook for FREE from krishnapath.org: 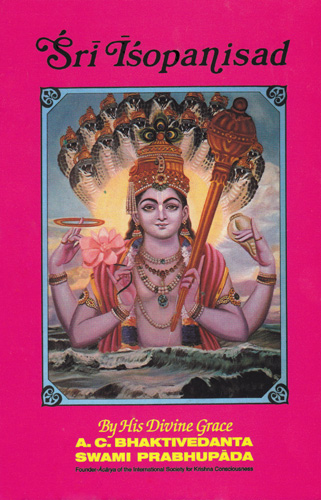 “The next printing should be again to the original way.”

Yasoda-nandana: Sometimes they appeal that “We can make better English,” so they change like that, just like in the case of Isopanisad. There are over a hundred changes. So where is the need? Your words are sufficient. The potency is there. When they change, it is something else.

Prabhupada: So you… What you are going… It is very serious situation. You write one letter that “Why you have made so many changes?” And whom to write? Who will care? All rascals are there. Write to Satsvarupa that “This is the position. They are doing anything and everything at their whim. The next printing should be again to the original way.”